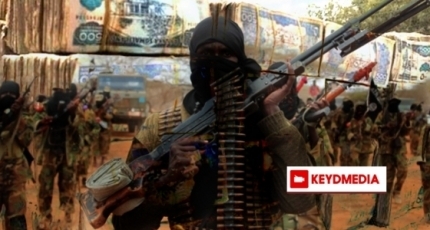 NAIROBI, Kenya - The United States aims to change the war strategy in Somalia as it now pushes for new talks with the Al-Qaeda-linked Al-Shabaab on the battlefield to negotiate peace.

Intelligence and diplomatic sources told Keydmedia Online that the US shared the plan with countries interested in Somalia a month ago, informing them that Qatar would mediate the talks.

Following a series of airstrikes against Al-Shabaab for the past ten years, the terrorist group continues to wreak havoc in the Horn of Africa, and this forced Washington to opt for dialogue.

"There was a change in the U.S. policy of forcing Al-Shabaab through military pressure into talks," said a source. Qatar was accused of having secret links with Al-Shabaab in Somalia.

The sources added that in the middle of this year, Al-Shabaab was presented with a number of conditions to negotiate with, including discontinuing violence, cutting off ties with Al-Qaeda, and complying with international law.

According to the sources, the United States has so far not received a response from Al-Shabaab, prompting Washington to put a $6 million bounty on the group's top four leaders, including current emir Abu Ubaidah this week.

It is unclear if Al-Shabaab will accept the proposed talks and open a political office in Doha in the same way as the Taliban, which reached a deal with the United States that led to the end of the longest US military operation in Afghanistan in August 2021.

For a decade, Al Shabaab has been fighting to topple the Western-backed Somali government and to rule the Horn of Africa country according to a strict interpretation of Islamic sharia law.