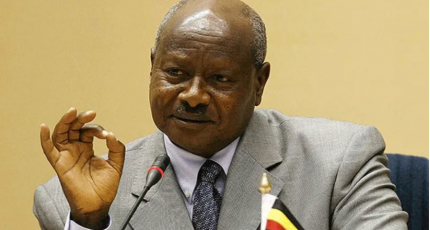 KAMPALA, Uganda - The endless circle of political disputes in Somalia weakens the morale of the UN-mandated African Union forces who are battling against Al-Qaeda-linked Al-Shabaab.

In an exclusive interview with FRANCE 24, Uganda's President Yoweri Museveni has described the ongoing standoff in Somalia between Farmajo and PM Roble as "political AIDS".

Continuing, Museveni warned that he might make a decision to withdraw Ugandan troops who are the largest contingent of the African Union Mission in Somalia [AMISOM] out of the country.

Uganda troops were the first AU military personnel to arrive in Mogadishu in March 2007 and they are currently numbered 6,223 soldiers based in Sector one which operates in Mogadishu, Middle, and Lower Shabelle regions.

The political deadlock in Somalia pushed the country to delay thrice the key parliamentary and presidential elections due to be held in Dec 2020 and Feb 2021, causing uncertainty and a split of the national army into clan lines.

The dispute soared last week after NISA announced that the missing spy agent Ikran Tahlil had been abducted and subsequently killed by Al-Shabaab, a claim that the group strongly denied.

The announcement led the PM to sack the powerful intelligence chief Fahad Yasin on Tuesday, a move that the outgoing president Mohamed Farmajo rejected as unconstitutional and illegal.

Farmajo also boycotted the dismissal of the internal security minister Hassan Hundubey Jimale, who has been one of his close associates in the government. Jamale was replaced with op[position MP Abdullahi Mohamed Nur who took office on Thursday.

The analysts warn the infighting risks the hard-gained progress in the security and state-building in Somalia as well as the elections. This also comes as AMISOM is preparing to hand over the security responsibility to the SNA before their mandate expires by the end of 2021.